On Friday August 1st 2014, members of the community came together with the Peak Construction family to celebrate Peak’s twenty years of business. The Dutchess County Chamber of Commerce set up a ribbon cutting at our office in Fishkill to commemorate the occasion.

Town of Fishkill Supervisor, Bob LaColla and New York Senator, Terry Gipson, joined the festivities and were kind enough to say a few words congratulating Peak on reaching such a milestone. 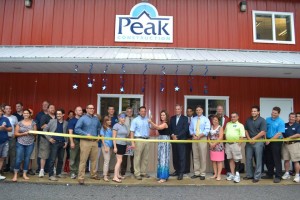 Here’s to another twenty years!