Three House Styles and their Histories

For any first time home buyer, picking out a house can be a very tough decision. Over the years, many architectural styles have been altered and revised so much that it can be difficult to know which features are associated with which style. If you’re having a hard time deciding, here’s a little history and description of three popular styles. 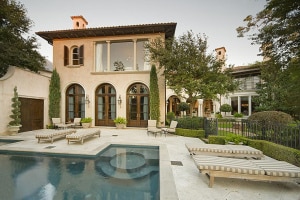 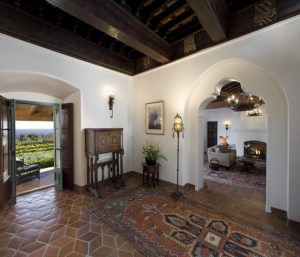 The Mediterranean style of architecture, also referred to as Spanish Modern or Spanish Revival, is obviously inspired by the areas surrounding the Mediterranean Sea, like Greece, Italy, and Spain. Because of their ideal climate, Florida and California were the first states to see many homes of this style after the Panama-California Exposition in the early 20th century.

The exterior of the house is often made of stucco, a hand applied mix of cement, water, and sand or lime, which gives the structure an old world feel. The outside walls are usually white or a sunny neutral color, like peach or salmon. Roofs are sloping and usually multi-leveled, covered in red, clay tiles. Fun features of this style include columns and archways, hand painted tiles on floors and heavy wooden doors, often featuring ornamental wrought iron work.  A classic characteristic of Mediterranean architecture is the idea of bringing outside in which is why balconies, interior courtyards, and verandas are often a part of this style. The goal of this design is to build a structure than can stay breezy and cool in hot areas. 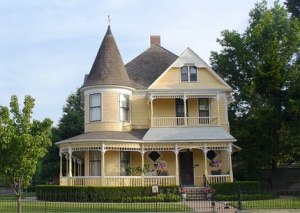 The beginning of the Victorian era coincided with the Industrial Revolution; this meant that mass production of hardware and supplies made products affordable. This is why homes built at this time are so accessorized, with brackets, spindles, and patterned shingles; homes designed more for beauty than functionality. There are a few different types of Victorian homes; second empire, stick, and richardsonian to name a few but the most popular has been the Queen Anne Victorians. 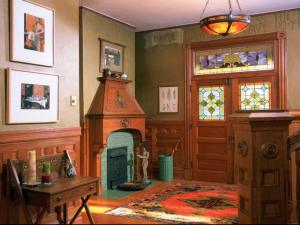 These homes tend to have irregular floor plans, pitched roofs and circular or octagonal towers. Victorian homes are designed with ornate trim and more often than not these homes are painted bright colors like red or green. Due in part to the Gothic revival, stained glass isv ery popular among these houses, found in doors and at the tops of windows. An asymmetrical porch, usually one story high extends along one or both side walls. To keep the house warm, a fireplace can be found in most, if not all rooms, which is why most Victorian homes have corbelled chimneys. 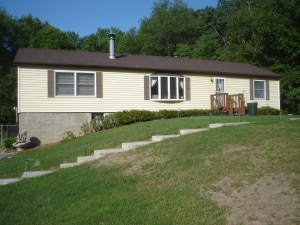 Ranch style homes came around in the 1930’s, becoming very popular with the post war middle class. Cliff May is credited with building the first Ranch style house in San Diego, California in 1932. From there, the style became more popular when the Levitt family used it in their Pennsylvania community, Levittown. 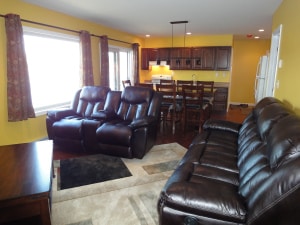 Aside from the variation of the raised or split level ranch, most homes of this style are one story, usually built in a rectangular shape with a long,low roofline. The uncomplicated features of this style, such as the open floor plan and simple exterior, allow homeowners more room for personalization. This is a major reason why these homes were used as tract housing for years. Overhanging eaves and large windows, usually decorated with shutters, are common features of this style, as well as sliding glass doors that open onto a patio. This was also the first American architectural style to have a garage as part of the standard plan.

There’s a history behind every home that starts with the style in which it was built. If you find yourself interested in a particular architectural style, or perhaps want to pick and choose features from a few to create a style all your own, give Peak Construction a call!